Can Vibration Damping Play a Role in the Rise of the Unmanned Aircraft Vehicle (UAV)?

The Rise of UAVs

The popularity of UAVs (unmanned aerial vehicles, also called drones), has quite literally taken off in the last few years. With drones becoming more accessible, more affordable, smaller and easier to maneuver, drones have become more and more popular with consumers in the last five years, and this trend only looks to continue into the future.

There is a broad market for drone use in both civilian and commercial applications. Whether capturing live events, surveying dangerous areas, delivering small items, use in law enforcement, film and television capture and wildlife observation, there are countless applications for the benefits that drones provide – quick deployment, easily shareable data, minimal danger and health risk for operators, and flexibility to suit a variety of applications.

In addition to commercial drones, the use of UAVs in military applications has an obvious appeal – being able to engage without putting military personnel in harm’s way. The US military began experimenting with developing UAVs as early as World War I, though none saw combat. Since then, dozens of drones have been conceptualized over the years.

The use of UAVs as we know it in the military today began in the 1990s, as drones with the ability to loiter and capture data for extended periods of time became a go-to instrument for surveillance operations. Drones have also been used in military applications for reconnaissance of unknown areas, enemy tracking, force protection and search and rescue efforts for lost or injured soldiers. Today, UAVs are used in a wide range of missions by all four branches of the US military.

For all the buzz around utilizing UAVs for deliveries and other commercial applications, the industry needs to make some huge improvements before this is feasible on a large scale. Any UAV used in commercial application, specifically those that fly above populated areas or pose any kind of risk to the public or infrastructure, needs to reliably meet a rigorous performance standard. A critical system failure is tolerated only once in one billion hours of flight in commercial aviation - not even the most sophisticated UAVs on the market today meet that threshold.

Much of the concern for drone manufacturers revolves around safety. A drone failure in a populated area poses marginal risk to the public, even a hobby drone. As regulations are not yet in place in many areas and are not standardized, the use of drones will be limited until some of those issues are resolved. The unknown is always a concern with consumers, and the possibility of an accident could arouse skepticism or fear around using or purchasing drones.

The technology drone manufacturers use is continually trending toward more lightweight materials in an effort to improve mobility and precision in movements, though it’s important to find a balance between being lightweight and having the physical capacity to perform the necessary functions for each drone’s purpose, especially when hauling or delivering materials. 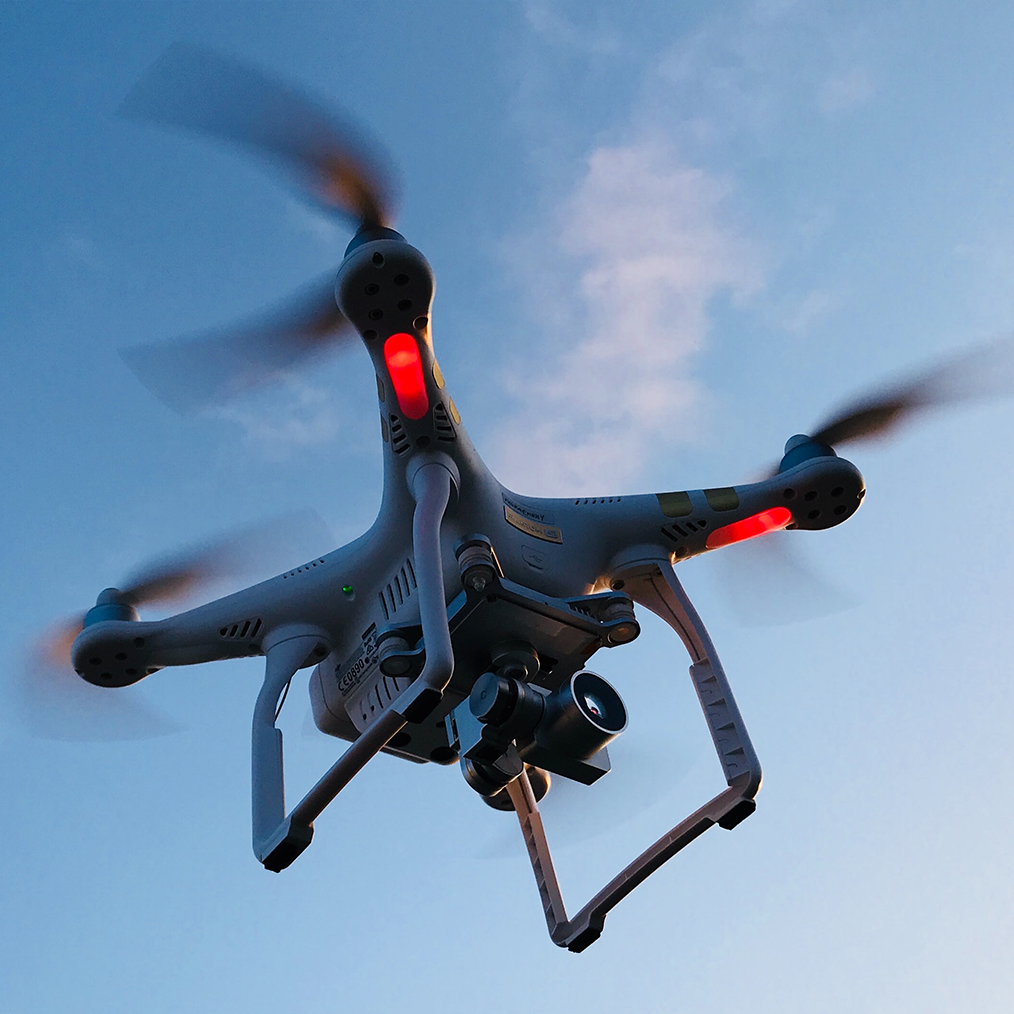 In the manufacturing of UAVs for military and civilian use, both applications in which weight is a critical factor in performance, every pound counts. There are huge weight variances in drones today depending on their function – some delivery and commercial drones weight as little as 10 pounds, while the larger bulk transport and military drones can weigh close to 5,000 pounds. Heavier drones have greater capacity to carry heavier loads, although they pose a greater risk to public safety and need to meet higher reliability marks than lighter drones.

Composite materials have become a staple in UAV manufacturing for their balance of strength and lightness – all manufacturers today use composite materials in some capacity, and many manufacturers use carbon fiber-reinforced composites for the construction of airframes for their drones. Frames are not the only component in which composites can be integrated – the benefits of vibration-damping can be felt in propeller construction as well. A reduction in vibrations is a result of reduced inertia from moving propellers, and this helps stabilize UAVs during flight.

Use of vibration-damping technology in UAV manufacturing has the added benefit of noise reduction. In applications where noise is a critical factor, it’s essential to minimize noise, vibration and harshness (NVH) to achieve the optimal level of quality. This may include surveillance, shooting film and television footage or nature observation, all practices that benefit from minimal noise and vibrations and that can contribute to overall better outcomes for each purpose.

As drones tend to be smaller than conventional aircraft with limited fuel capacity, it’s important to ensure that they can operate at minimal weight to reduce fuel consumption, while still maintaining structural integrity and strength. Larger drones that use fuel for power have larger margins than battery-powered drones – recreational drone batteries can keep them in the air from an average time of 15 to 30 minutes, whereas some fuel-powered drones can stay in the air for days at a time. Lightweighting can help reduce fuel consumption and keep drones in the air as long as possible.

Expanding the Field for UAV Use

As new applications and regulations for drone use are developed, the demand for drones continues to grow. The drone market generated $14.1 billion dollars in 2018, and this is expected to grow to more than $43 billion by 2024.

Though UAVs are not yet widely used for deliveries in major cities the US or other densely populated areas, several companies are in trial stages of drone delivery. For example, Walgreens is testing delivery by drone on a limited scale in Virginia, and the Federal Aviation Administration has granted UPS air carrier certification, though this is limited to rural areas and hospital campuses for the foreseeable future. Amazon also has plans to roll out a fleet of delivery drones once regulatory framework has been established.

The FAA’s drone advisory committee met twice in 2019 to discuss those regulations and address potential concerns that companies and consumers may have – most current regulations require drones to stay in the line of sight of operators, which would make commercial drone business unviable. Between the FAA, NASA and private industry officials, a system of air traffic control has been discussed for drones in low-altitude, currently unregulated airspace.

With the continued projected increase in demand, it’s essential to continue innovating in all aspects of manufacturing, and utilizing the most advanced materials can help solve many of the concerns of drone manufacturers, including minimizing vibrations, reducing noise and lightweighting while still maintaining a strong structure. The field is crowded with drone manufacturers all looking to optimize their products and innovate beyond what is in the market, so for companies looking to set themselves apart it’s important to use every tool at your disposal.

Want to learn more about how Countervail can help reduce vibrations and noise in drone manufacturing? Contact a Countervail engineer and request a sample.

Subscribe to stay informed about the latest from Countervail®.